I released an ebook in February. Before the book came out, I didn’t do anything to promote it. I didn’t have a Twitter account. I didn’t have a blog. I didn’t have a platform or do any of the traditional marketing. I’ve never offered my book for free. My book sold nearly a thousand copies in the first two weeks.

It wasn’t magic. It was simply some well-timed exposure that played to my strengths.

My book, House Full of Insects, is about my time spent in a psychiatric hospital. I wrote an article for Cracked.com along the same lines: 5 Things Movies Don’t Tell You About Mental Institutions. 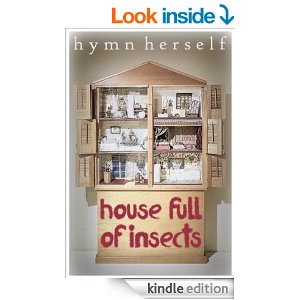 $100 a few weeks later because my article was one of the most popular of the previous month). The Cracked article drove pretty much all of my sales, and several of my reviews mention the article. That started a sort of credibility loop, where people found my book through the article, then mentioned the article in their reviews to lead other people back to the article.

Marketing experts say that you should provide value to your readers for free before asking them to pay. That’s a good idea, but readers aren’t the only ones willing to pay for your work. Magazines, newspapers, and websites will pay, too. Writing an article for a reputable publication not only boosts your credibility, but it gives you a way to reach readers, connects you with publishing professionals, and pays you. Now, $100 or even $200 isn’t going to pay the rent, but it’s much better than just getting exposure. And paid articles give you exposure as well as money.

Having paid bylines also serves as a type of quality control. Anyone who can write to the standards and style of well-known publications probably has standards and style in their own work. By the same token, writers who can’t get paid gigs should take a step back and seriously evaluate their writing.

The amount of attention I received for the Cracked article made me confident in my decision to never offer my book for free. Although my book was signed up for KDP Select, I never used any of the free promotion days. Those were useful marketing tools years or even months ago, but they’re no longer effective.

Some of my writer friends have told me anecdotal stories about getting thousands of free downloads, but no actual sales or reviews. Some others hypothesize that people are less likely to read free books because they’re not valued as highly as books they have to pay for. Getting ranked on the Kindle free store is becoming nothing but an empty number bump, and I believe my book is worth more than a temporary, meaningless ranking.

And so far, readers seem to agree.

*I feel like I should mention that in my regular life, under my real name, I have written for a number of reputable publications. However, I didn’t use any of those connections to promote my book. The Cracked article was really the only thing linked to Hymn Herself, which just shows how effective a well-placed piece can be.

Article Written by Hymn Herself.

Hymn Herself is a mostly anonymous blogger who writes memoirs and creative non-fiction based on her life experiences. Topics include self-harm, eating disorders, sexual assault, and mental illness. Hymn Herself released her first book, House Full of Insects, through PrinGen Publishing’s Life X imprint in early 2014. The extended edition of House Full of Insects is set for release in early summer, 2014.