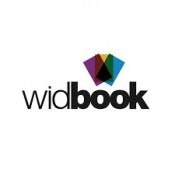 We’re excited to have CEO of Widbook, Flávio Aguiar, as our guest on Tuesday’s #IndieChat on 4/29/14.

How to Write a Good Book Description

You did it!  You finally finished your book and it is a masterpiece!  Now, all you have to do is get people to read it.  It’s time to take off the author hat and put on the marketer hat.  You have a book description to write.

How to Build Catchy Titles for Your Book

Never judge a book by its cover or so the saying goes.  But that isn’t necessarily true, is it?  First impressions are lasting impressions and we make snap judgments incessantly – the second we meet someone or step in a home or even check out a new car in the lot.  The same holds true […]

How to Write a Good Introduction for Your Ebook

After you finish writing your ebook, you are anxious to share it with the world and the process can prove frustrating when you are forced to hit the brakes in order to first create a viable marketing strategy.  It’s the old hurry up and wait ploy.  Ahh!  I feel your pain.

How to Battle Writer’s Block

I would like to start this off by saying that I’ve been staring at my screen for…oh…twenty minutes trying to figure out what to write.

Publishing startups are popping up like weeds. Widbook launched roughly a year ago, and is one that is seeming to gain some traction.