The media often talks about how ebooks keep changing the consumer world. As more and more people buy eReaders and make their purchases on digital marketplaces, the sales for ebooks are starting to catch up to their print brothers. But how can this technology help those in need through ways not possible before? A former Amazon.com Senior Vice President starting thinking about that after a family trip to the Southern Hemisphere.

David Risher with friend Colin McElwee founded the not-for-profit charity Worldreader to bring access to thousands of books to millions of people in developing nations. While it might have seemed impossible to give thousands of children throughout Sub Saharan Africa their own collection of stories and educational  texts a decade ago, Worldreader has already accomplished that using eReader technology.

The Worldreader organization delivered thousands of Kindle eReaders to children across Sub Saharan Africa. This slideshow highlights a few of the many students aided by the efforts of the charity. (Images courtesy of David Risher) 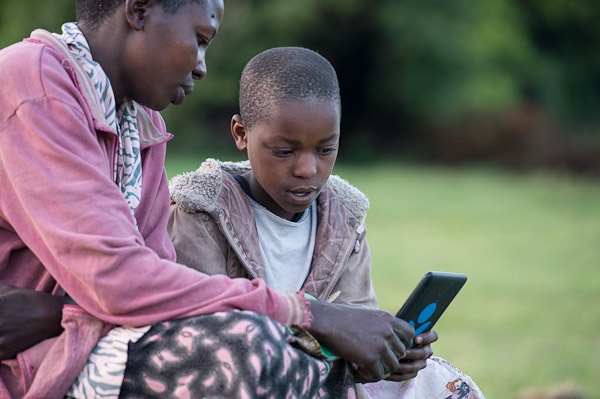 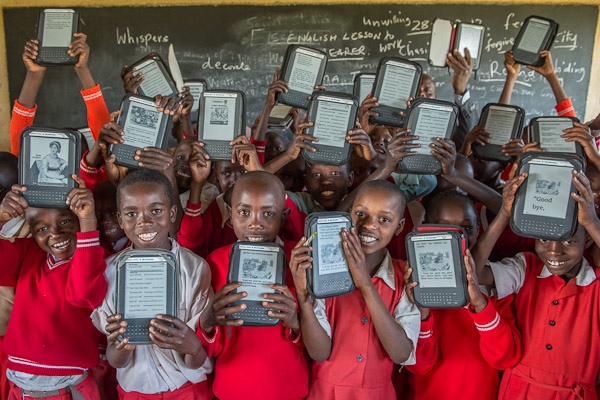 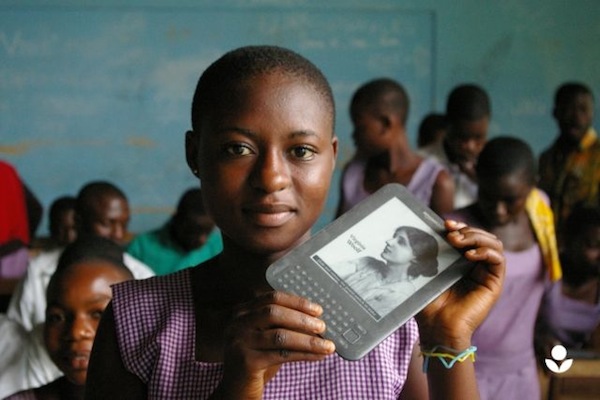 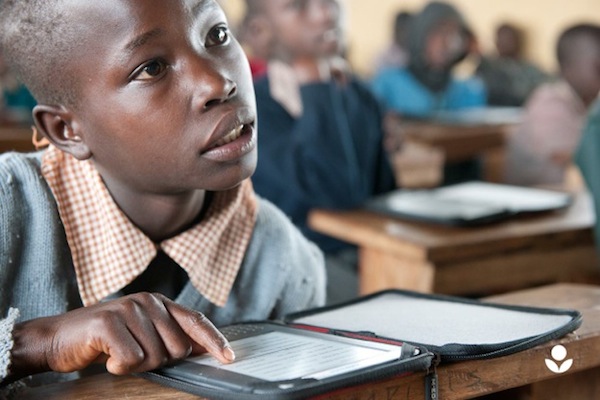 Back in 2009, Risher traveled to Ecuador with his family. He lent some assistance to a young women’s orphanage known as Perpetua Socorro. As they were leaving Risher noticed a locked building nearby. He saw some books stacked through its windows.

He inquired about the building and was told it was their library, and it remained locked since the girls lost interest in the books. The texts often came to them either by boat or by people who left them in the orphanage. The books were old or out of date. Risher asked if he could take a look inside and she said, “You know, I think I’ve lost the keys.”

That moment stuck with Risher.  He remembered growing up back in America, how he would go to his library to read when his mother was busy shopping on Saturday. “The only way I had of exploring the world was through books,” Risher said. “I never left the United States as a kid, I never really did any traveling.” The fact that millions of people throughout the world lacked access to the knowledge these books offered disturbed him.

Risher contacted Colin McKell shortly after about starting Worldreader and set out to tackle this situation, McKell going as far as to leave a marketing director position at the ESADE Business School in Barcelona, Spain.  Risher then approached Steve Kessel, Amazon.com’s Senior Vice President of Worldwide Digital Media who operated the business side of Amazon’s eReader project, Kindle.  Risher pitched the idea of how with the Kindle eReaders, Worldreader could bring access to thousands of books to a child with a device so small that it could fit in the compartment of a book bag.

Kessel agreed to send 30 tablets to Worldreader so they could begin the process. That number increased dramatically over the next two years. The organization supplied Kindles to nearly 3,000 children in Sub Saharan Africa by September of 2012, with efforts in Ghana, Kenya, Uganda and Rwanda.

So far, Risher has seen the performance of the children he’s helped improve drastically. “We’ve done measurement evaluation,” Risher said. “Their test scores have gone up anywhere from 5 to 15 points in reading and reading comprehension over the course of a year.”

He gave an example of a student named Linda who decided she wanted to become a doctor after finding the joy of reading through her Kindle. The eReader helped her cope with the death of her mother. “She says, ‘I like reading fun books now, because they help take my mind off my mother,” Risher said. “‘But I also want you to send me medical books. I want to be a doctor, because if I was one, I know she would not have died.'”

He also remembered sitting down in a Ghanaian market and saw three girls walking by, each with Kindles in their hands. “You have to understand, these were 15 year-old girls just walking in the middle of Africa, a mile away from their school,” Risher said. “But rather than being self-conscious about walking with a device which is valuable and interesting, they were just walking around and reading along.”

Seeing these incidents is a mark of achievement for Risher. “These are the sorts of the stories that make you realize that this really does change people’s lives,” he said. “This becomes part of the communities where we operate.”

Now Worldreader just needs to bring that to a larger scale. Risher wants to eventually reach more than a million children throughout the world with this program. “We have the potential of almost eradicating the book famine, let’s say, over the course of a generation,” Risher said. “But to do that, well, what constrains you? Of course, number one is funding.” Worldreader buys their Kindle devices at a discount from Amazon, but they still need money to buy them and to fund the resources that such a group inevitably needs.

Worldreader wants to reach 10,000 children by the end of 2013, a little more than three times the number of students they’ve helped so far. “That means we just have to go a little faster than we did last year,” Risher said. “But when we get to 10,000, we can be talking about access to a million books and more. I think that’s the stage where you’re having a broad impact on a lot of kids.”