According to Howey’s report “Indie authors are outselling the big five. That’s the entire big five. Combined. Indie and small-press books account for half of the ebook sales in the most popular and bestselling genres on Amazon.”

The report has caused a huge debate across the interwebs between every publishing pundit and their mother, uncle,

So, we’re dedicating tomorrow’s Twitter #indiechat to chatting about the report.  Do you agree with it? How do your numbers stack up against Howey’s analysis? 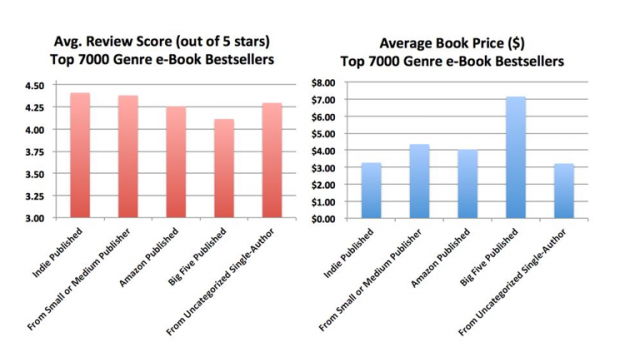 Howey is also doing a survey for authors with Author Earnings Survey Results from over 900 authors.

Also, we’re super excited to announce that Hugh Howey himself will be a guest on #indiechat in a few weeks. So you can talk to him and ask him questions directly.

Every week we host #indiechat. We invite industry experts and authors to discuss and share tips on the indie and publishing landscape. #Indiechat is held every Tuesday at 9pm EST. You can check out our previous chat logs on BiblioCrunch Storify.

Your first #indiechat? We have instructions on how to join here.